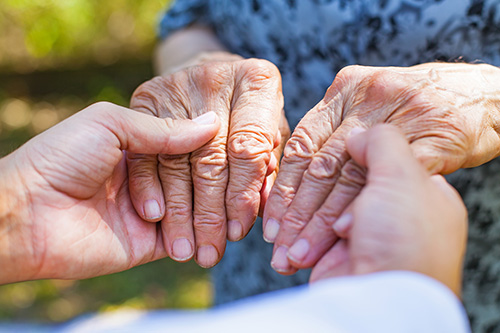 There appears to be a lack of awareness on dementia, and it commonly leads to not just stigmatization of people who suffer from it but also impacts caregivers and families. This is why it so important to understand what dementia diagnosis means to everyone.

Dementia Is No Disease

“Dementia” is an umbrella term which describes a group of symptoms including memory loss, changes in behavior, and cognitive decline. While certain forms of dementia can be reversed with early and proper treatment, others are progressive conditions having symptoms worsening gradually.

First of all, it is not a part of normal aging. While it is true old people are usually most affected by it, it is also just as likely for youngsters to have dementia. The Alzheimer’s Association in the US estimates that about 200,000 people have early-onset Alzheimer’s, a form of dementia which affects those who are aged below 65 years.

Alzheimer’s is Just a Form of Dementia

It is not uncommon to see the use of both “Alzheimer’s” and “dementia” to refer to the same symptoms. However, the former is only a form of dementia, with other forms including vascular dementia, frontotemporal dementia, Lewy body dementia, etc. Less common ones include Parkinson’s disease dementia (PDD), Creutzfeldt-Jacob disease, Huntington’s disease, and even those resulting from traumatic brain injury.

Early Diagnosis of Dementia Can Improve Quality of Life

Diagnosing dementia at an early stage can be tough, because it often has mild symptoms, and those go unnoticed too. In fact, studies have estimated some individuals had been experiencing dementia symptoms for five years, before getting diagnosed. If you feel that you or your loved one has started to show some of the common signs of dementia, it is vital that you visit a doctor sooner rather than later for an assessment. Some medications can also be prescribed that help alleviate the symptoms, and slow their progression.

More research and more funding are required in order to step up the awareness of dementia. There is still extremely little to go by in terms of research concerning dementia risk factors, and into the development of new and more effective treatment methods to mitigate, slow or stop its symptoms. Diagnostic research is also required to help find ways to effectively recognize Alzheimer’s in the early stages. The above-mentioned association is looking for more people to participate in clinical trials so that better treatment can be found alongside possible means to prevent and cure Alzheimer’s.